It's about JavaFX. When i want to inject fx:id in Scene Builder, i get this warning:
No injectable field found in FXML Controller class for the id 'something'.
I wanted to ignore it, and created a function, but it didn't work either. I created mainController class and added it into my FXML file. Here are my codes...

I did same things in my old projects, and they work like a charm. But this one seems not to obey me. Thanks in advance...

So when you set an fx:id on an object, Scene Builder tries to parse the controller class trying to find a variable of that name.

If it doesn't find any, it displays this warning. It's just a reminder that you may want to add such a variable to the controller class, or that you have to choose other valid name from a list.

Since you have label defined on your controller, if you try to add a Label on Scene Builder, you can get its fx:id from the list: 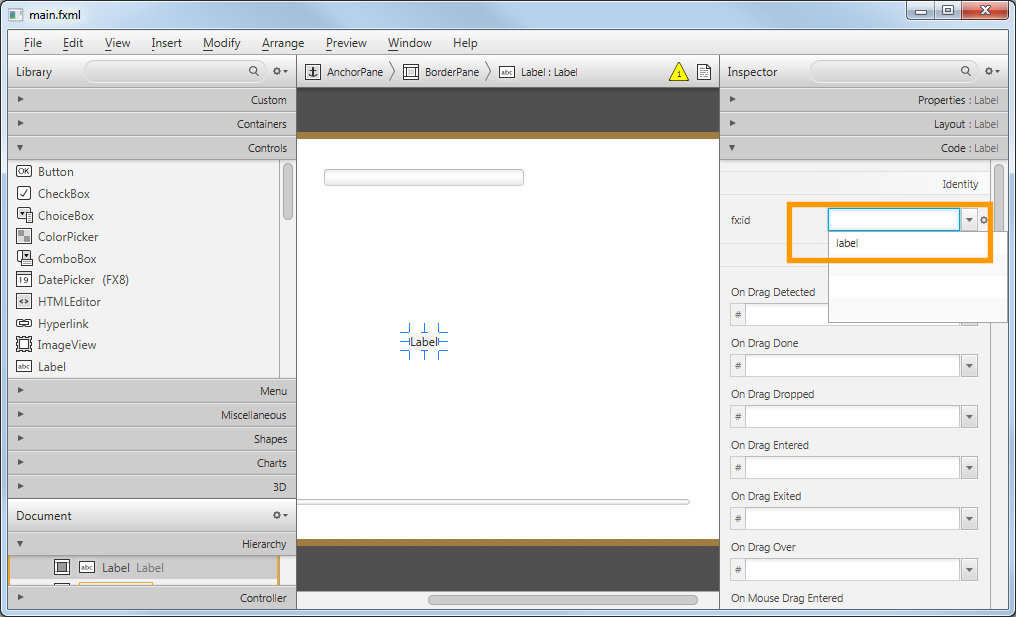 But if you assing another name, you will get the warning:

On a side note, you don't need to instantiate the progress bar on the main class, since it will be instantiated in the controller. And ìf you try to link change(ActionEvent event) to a method in Scene Builder (#change), you have to annotate it with @FXML. Anyway, don't use onDragDetected with the slider.

don't forget that Netbeans will Auto-Generate the code in the controller class.

Goto your FXMLDocument.fxml in your Netbeans project, and right click and select: "Make Controller".

Also, remember to save your changes first to your FXMLDocument.fxml, in Scene builder.