i wanted to play .wmv in javaFX using media classes and this is the following way i have tried

but it is throwing following exception 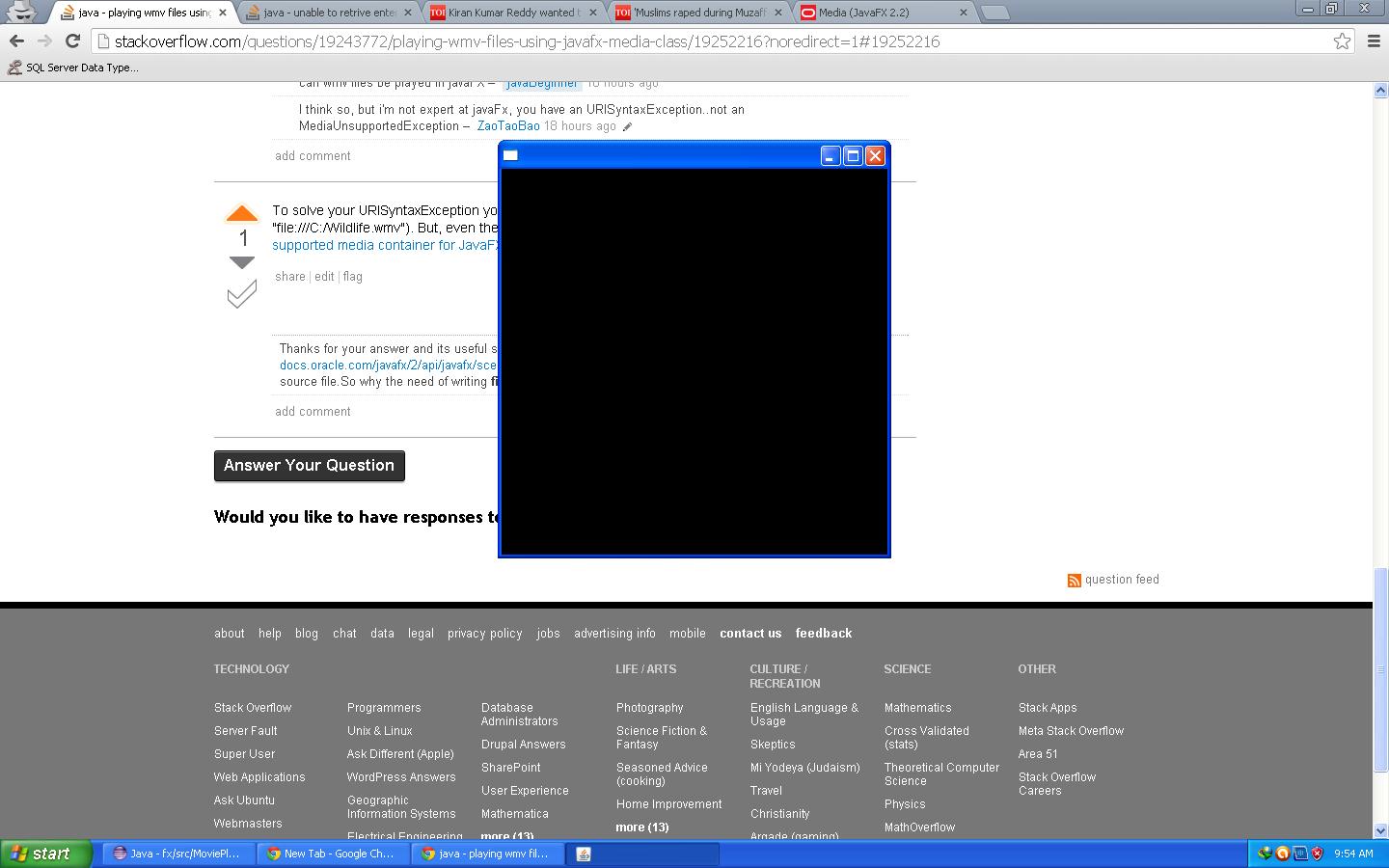 following is the code after error handling and the screenshot

And this is the output getting after handling exception 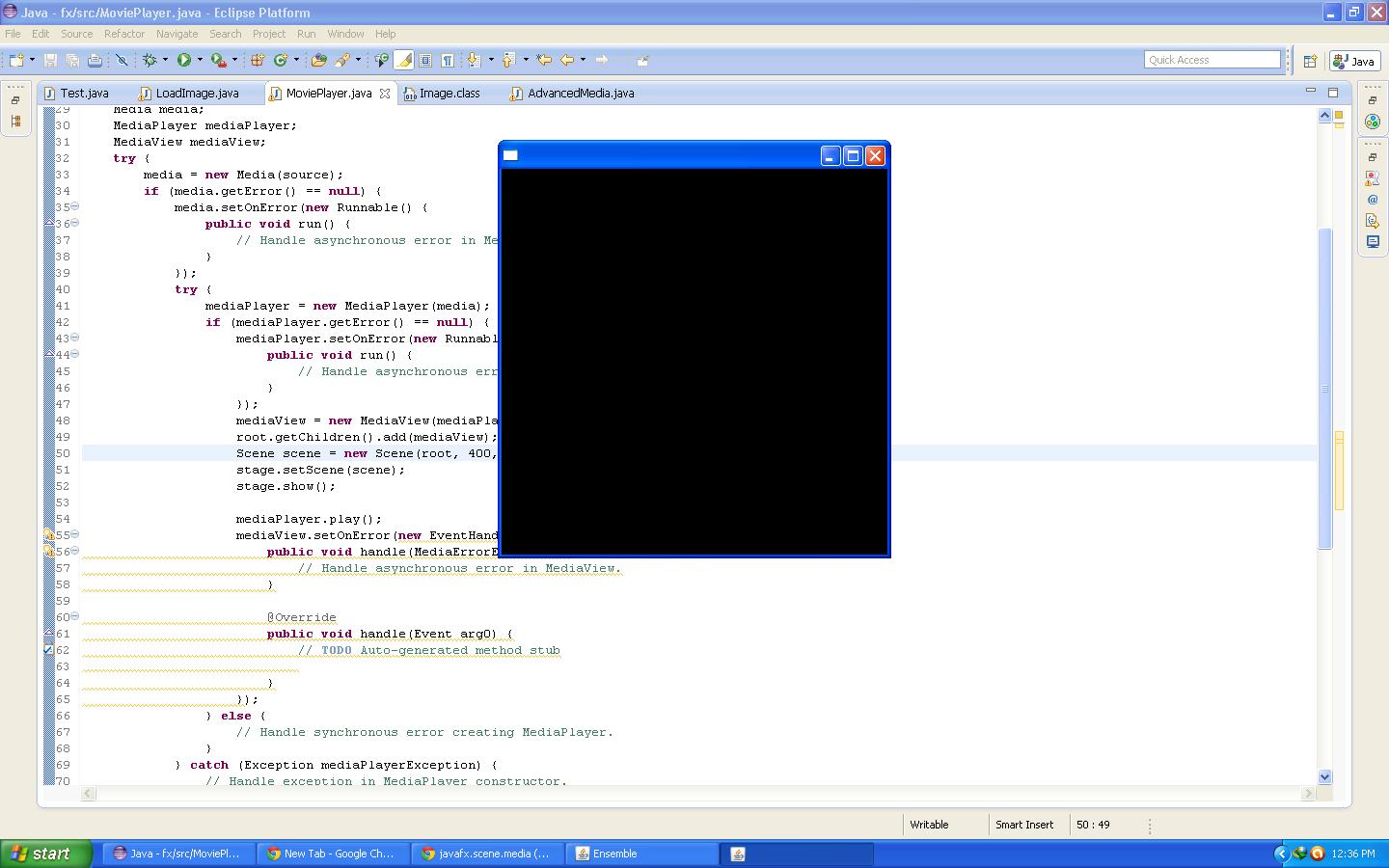 To solve your URISyntaxException you can pass a valid URL to your media constructor (for example "file:///C:/Wildlife.wmv").

But, even then, you won't be able to play your media file as wmv is not a supported media container for JavaFX 2.2.

Answers to Supplementary Questions from Comments

Media arguments accepts a string which reperesents source file. So why the need of writing file:///?

Because the Media constructor documentation also specifies constraints on the input string:

In file:///C:/Wildlife.wmv, the URI scheme is file:, the // is the authority and could be followed by a windows share (if there was one), the next / is to show that it the path is absolute from the root rather than relative, then there is the windows drive specifier c:, then a / to indicate the root of c drive, then your actual filename Wildlife.wmv. Without the full address, the input is malformed as the MediaPlayer would not know what protocol to use to read the media (that is what the file: scheme tells it), nor where to locate the media to be played.

Also note, that you can get a URI string from a File via:

I did as you said,now a pop up comes but video is not playing.

Well I did say, that even if you use the correct path to locate the media file, the media won't play because the media container format (wmv) is not supported.

The media package javadoc comprehensive example (entitled Error Handling) of catching potential errors which may occur when playing media so that you can catch all of the many errors that may occur in the many places the errors may occur and log them with a pull explanation and stack trace to work out precisely what went wrong.

what changes do I have to make ?

You need to convert your media to a format which JavaFX 2.2 is able to process and for which appropriate codecs are available on your target machine. If you want it to play anywhere JavaFX could be used, then you could convert it to a VP6 encoded FLV. However, that isn't such a common format so you might have difficulty locating tools to do that conversion. Instead, you could convert your WMV to a H.264 encoded video in an MP4 container and ensure that your platform has the right codecs installed (see the JavaFX Media section of JavaFX Supported Configurations information on obtaining codecs). You can google for a WMV to MP4 converter program that you can use to convert your wmv file.